In January 1959, Buddy Holly began a string of dates across the American mid-west accompanied by Ritchie Valens, Dion And The Belmonts and J.P. 'The Big Bopper' Richardson - the Winter Dance Party Tour.

Sadly, those January dates would turn out to be the last for Buddy, Ritchie and Richardson, who all tragically lost their lives in a plane crash on February 3rd 1959.

Now, almost 60 years later, we present a recreation of that final tour, in the form of our own 'Winter Dance Party'.

Our wonderfully authentic tribute artistes (check venue websites for more details), in full 50s attire, are all ably supported by The Counterfeit Crickets, playing a wide range of instruments (including a vitally important cardboard box) - there are no backing tracks here!

From songs such as Buddy's 'Blue Days Black Nights', 'True Love Ways' and 'It Doesn't Matter Anymore' ... to The Big Bopper's 'Chantilly Lace', 'Running Bear' and 'White Lightning' ... and from Ritchie's 'La Bamba', 'Come On Let's Go' and 'Donna' ... to Dion's 'The Wanderer', 'Runaround Sue', and 'Teenager In Love', ... this is real music, performed by real musicians, on real instruments.

So why not take a step back to 1959 and join us for a true Rock 'n' Roll celebration? Because, despite February 3rd 1959 being known as 'The Day the Music Died', this kind of music lives forever. 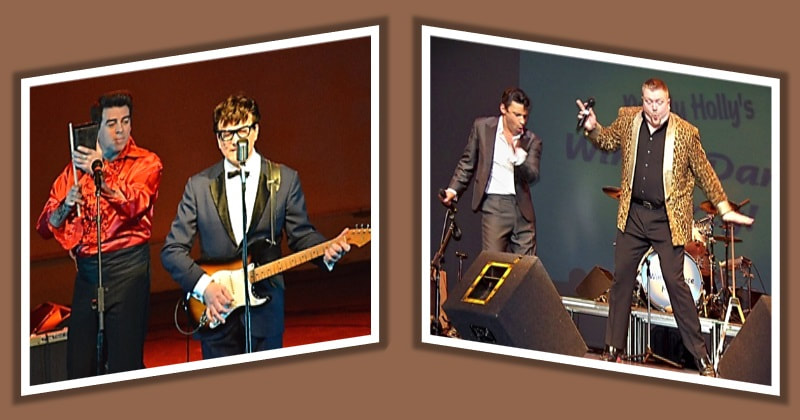